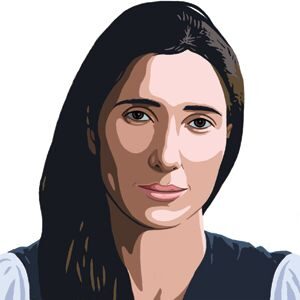 Living with a fear of speaking is not easy, while the free world takes for granted the freedom of speech, the citizens of Cuba are still deprived of this basic human right.  Yoani Sánchez, who uses the power of WordPress blogging to air her views freely, is one of Cuba’s best-known human rights activists to fight for free expression.  Sánchez manages to use her blog as a forum to exercise free speech in the totalitarian reign of Castro in Cuba.  Her use of Internet and technology to blog through silence pioneers a new direction for the movement of human rights in the world.

The end of The Cold War twenty years ago did not end entirely the communist dictatorships.  Today, there are still a few extremist regimes such as Cuba and North Korea.  The communist Cuba, founded by Fidel Castro half a century ago, still continues the system of Stalin in which free speech is a political taboo: “Stalinism with conga drums,” says Ms. Sánchez as she compares it to the former totalitarian Soviet Union (“Cuban Revolution”).  The press in Cuba is under strict government censorship.  The traditional media such as newspapers and television act as a propaganda device for the government to control the people who also cannot elect their own leaders.  The current leader, Raúl Castro, was not elected but was appointed by the former leader, his brother, Fidel Castro.

Born in 1975, Yoani Sánchez spent her childhood worry-free at a time when Cuba was fully supported by the former Soviet Union.  However, her generation had to go through the time of hardships when the Soviet Union collapsed and the soviet aid was discontinued.  Soon there was severe food shortage along with difficulty for all necessities.  Disappointed and disillusioned with her home country, she moved to Switzerland in 2002 where she got used to the life of style in the free world.  Her husband ended up not being able to find a professional job in Switzerland and the couple decided to return to Cuba in 2004.  After studying computer science, Ms. Sánchez later started her career as a freelance writer and was determined to be a free person.  Starting from 2008, she began signing her blog with her real name, a brave move in Cuba. (“Generation Y: My Profile”)

Yoani Sánchez’s blogging enters a taboo area in Cuba.  Time magazine comments about Sánchez saying, “under the nose of a regime that has never tolerated dissent, Sánchez has practiced what paper-bound journalists in her country cannot: freedom of speech” (“The 2008 Time 100: Yoani Sanchez”). Traditionally, journalists who dare to break the silence are punished — even sent to jails!  This has happened to a number of dissidents and journalists, including Yoani’s husband who used to be a journalist and was sent to prison (“Desde Aqui: The Year of Yoani”).  The regime controls the people through fear and terror and using the police to enact these efforts to brainwash the citizens. Saying what you think in Cuba can be dangerous. In 2002, Cuba imprisoned dozens of journalists, who declared themselves dissidents and published criticisms of the regime. Many are still in prison (“Desde Aqui: The Year of Yoani”).  Most Cubans are so afraid of being labeled a critic that they are reluctant to utter the words “Fidel Castro” in public.  Sánchez believes that the fear of Cuba’s own secret police is the main reason why the vast majority of people choose to keep silent. “Fear leads Cubans to restrict what they say and do,” Sanchez states (Sánchez xii).  Worse still, people who live in a totalitarian country for too long tend to generate an “internal policeman,” for subconscious self-censorship (“Cuban Revolution”).

To break the silence as well as the internal fear, Sánchez started exercising free speech by blogging in the cyberspace.  The use of blogs and twitter allow her to publish her opinions and report events in Cuba any time she gets access to the Internet.   The digital revolution, also referred to as the information age, helped to provide a platform for Yoani to change the society, in her own way, as part of the worldwide human rights movement.  In April 2007, Sánchez launched her blog, Generación Y (Generation Y: My Profile).  Within a short time, “her name passed from anonymity to popularity” in 2008 (“Desde Aqui: The Year of Yoani”).  Thanks to her honesty in describing the true life of Cubans under the communist regime, and her excellent writing ability, her blog was an instant hit and has become internationally influential.  Generación  Y has about 14 million hits a month and is now translated into seventeen languages by volunteers (“In Cuba, the Voice of a Blog Generation”). In fact, her blog becomes a must-read for any serious researcher who needs to study contemporary Cuban society (“Cuban Revolution”). Her numerous awards, recognizing her pioneering work, include Time magazine’s “One of the 100 Most Influential People in the World” in the “Heroes and Pioneers”  category, “Spain’s Ortega y Gasset Prize” for “Digital Journalism”, and the prize for “Best Weblog” in “The BOBs” contest (“The 2008 Time 100: Yoani Sanchez”).

Sánchez’s work shows that freedom can only be earned by people who strive for it.  Freedom is not a gift one can expect or beg for from a dictator.  The Internet provides a new platform for all people to take freedom into their own hands.  With her knowledge of computers and the web, Sánchez is grasping this historical opportunity.  Her voice is instantly carried over the country and around the world.  The Internet is a new space, a gray area where the Cuban regime does not yet have explicit regulations, nor can it enforce practical means to stop people from expressing and publishing.  While many people still choose to blog only anonymously, Yoani broke the silence in signing her blog and commenting on any subjects to which she turns her attention, including taboo subjects like corruption, political systems, and democracy.  Her description of Cubans’ daily lives provides a true picture of their society, which is not depicted in the official journals of the country.   “You have to believe that you are free and try to act like it,” she says. “Little by little, acting as though you are free can be contagious” (“Cuban Revolution”).

Yoani Sánchez is wise to move one step at a time, trying not to break explicit laws, only pushing the limits in the gray area.  She chooses not to associate herself with existing dissident groups.  Under the pressure from the international community, Cuba has to be cautious in handling her.  It has blocked her blog within Cuba, trying to stop her words from spreading and impacting the Cuban people; but it cannot block many of her mirror sites hosted outside the country.  From time to time, her blogs are also made into CDs and smuggled back to Cuba (“Cuban Revolution”).  This is the power of The Internet: unless the government abandons The Internet and goes back to the pre-digital age, the government cannot block the free information flow.  When Sánchez cannot directly reach her blog site, she asks her foreign friends to help publish the posts she has emailed them.  (“Desde Aqui: The Year of Yoani”)  Over time, other Cuban writers have begun to follow her example and the Desde Cuba website, famous for hosting her blog, has since seen an increase of Cuban bloggers, including her husband Reinaldo’s and several other popular writers’ blogs.  In 2009, President Obama wrote a letter to compliment her great efforts in using technology for free speech.  “Your blog provides the world a unique window into the realities of daily life in Cuba.  It is telling that the Internet has provided you and other courageous Cuban bloggers with an outlet to express yourself so freely, and I applaud your collective efforts to empower fellow Cubans to express themselves through the use of technology” (“Generation Y: My Profile”).

With her pioneering work, Sánchez’s free speech is now a fact of life in Cuba albeit only in a limited space.  Sánchez’s effort has made a lasting difference in the human rights campaign. Her persistence and sense of responsibility have earned her a great reputation in the world.  She is a symbol in the digital age for fighting for freedom of speech under a dictatorship.  Gradually, governments in totalitarian countries may have to face the fact of free expression as more and more people follow her example in publishing in social media and exercising their freedom of speech.  When a variety of voices are heard in cyberspace, the same process will eventually occur in the traditional media, sooner or later.  As freedom of speech is exercised long enough, it will become a natural style of living, and there will be no way back.  It is imaginable that a democracy, which protects people’s human rights, will eventually replace the existing totalitarian governments.  As an old saying goes, a single spark can start a prairie fire.  Sánchez is just that spark.  Everything she has done is only a beginning in Cuba, but a remarkable breakthrough in human history.