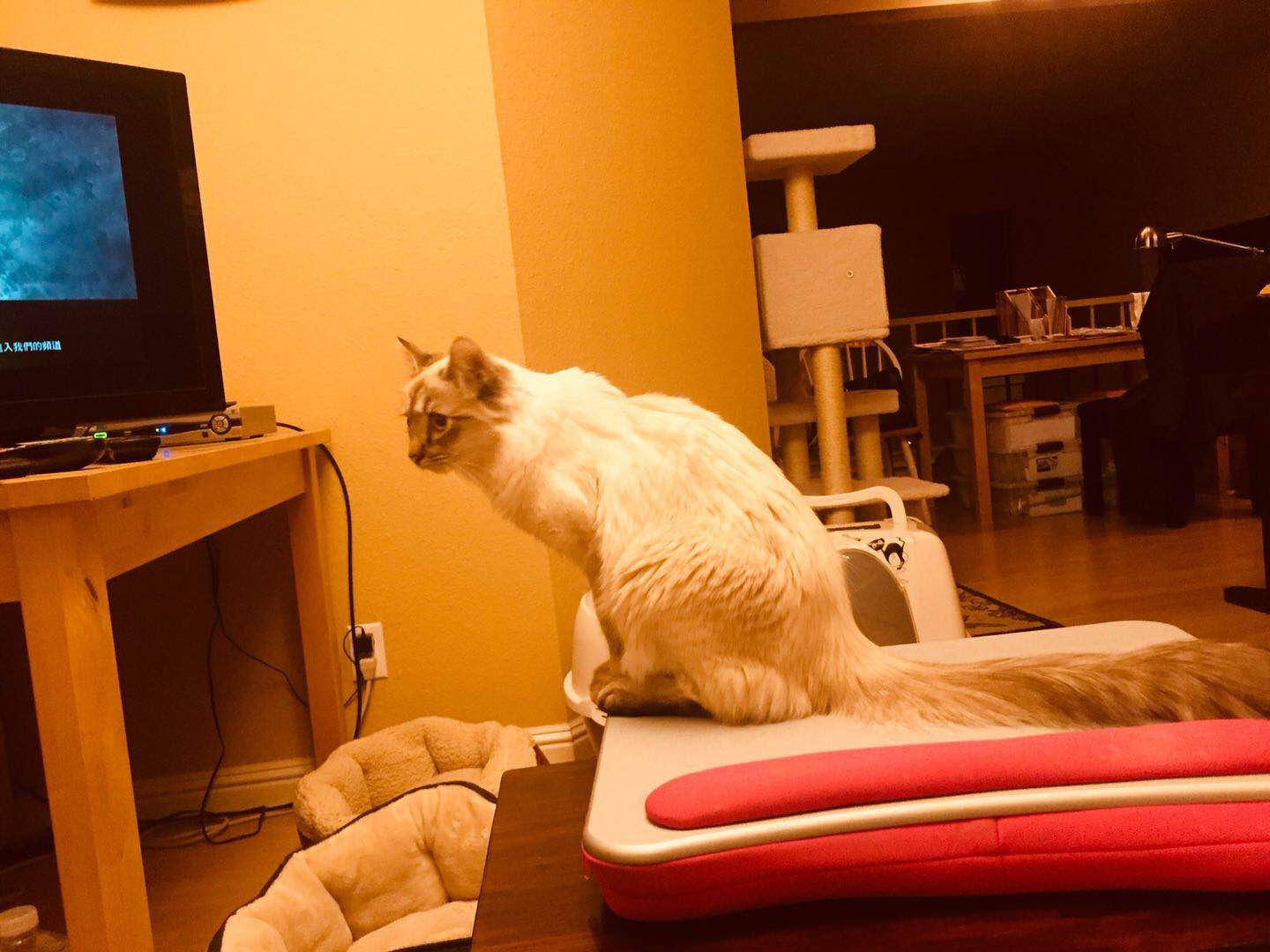 http://fanyi.youdao.com/ helps to translate the above into English (with minimal post-editing):

Xander, though small and small, is a smart guy. He was excited by the introduction of the iRobot sweeping robot. After playing for a while, he found that the robot was good-natured and could play games. As long as the robot is in the direction of the robot, the robot will stop immediately.

Robots are not only polite but also somewhat wooden and silly. After being blocked, it is trying to explore whether there is a possibility of forward movement in any directions of south, east, north, or west. It was not easy to find a new direction of movement, Xander flew past.  He had no temper, so he had to continue to spin around. Sometimes Xander deliberately set him free and then attacked him.  Xander, playing with a robot like a mouse, before the palm of his hand, happy, seeming to be proud.

A few days ago he learned a new skill: he learned to start the robot. At 3 a.m., Xander, who sleeps late, wakes up and is bored and starts the robot to play with. In the dead of night, there was a robot sweeping from the floor, and the first time it happened, it was a real shock to me. The robot’s autonomous consciousness, the myth of controlling the world is realized in advance?  Did I see a ghost? When I got up to look, I found Xander was pleased he had this trick.