Tune: “Prelude to the Water Melody”

I shattered two jade tumblers with a thump,

What fervid vehemence is manifest!

With blood-stained tears arising in a lump,

How can my elegiac sorrow be expressed!

Yet, how is now this country being run?

While sumptuous banquets the elite are throwing,

Signs of invasion at th’ borders are brewing.

And strategies of ten-thousand words,

Are offered all in vain!

Inebriated, I rant, a-facing the wall;

But cooling off, my tears burst forth like rain.

‘Tis not for my waning youth I regret,

But by my youthful aspirations mauled

And pulverized I sorely am beset.

O let the people’s sufferings all be mine,

In homage I kneel, entreating at Buddha’s shrine.

Hair on end and shoving my hat,

In wrath I lean on th’ balustrade,

While th’ rain leaves off its pitter-pat.

A hero’s fury fills my breast.

At thirsty, nothing achieved, unknown,

—but these to me are light as dust—

Holding the field, under cloud and moon.

What I do mind, is not to let

And be gnawed by empty sorrow then.

With the Jingkang Humiliation (2) yet

How can a subject’s grievance be

Ever effaced from memory?

Through the gorges of Mt. Helan;

To quench my thirst, I’d drink the blood

Of Huns, while laugh and chat I can;

I would make Tartars’ flesh my fare.

’Til our lost land is all retrieved,

Then to the Imperial Palace, there

(1)    Yue Fei (1103-1141) is among the most revered and commemorated national heroes inChinese history. He is chiefly remembered for his unswerving, staunch and successful resistance ofthe Jin (the Nu Zhen Nationality) invasions and his tragic end—murdered for his very merits. Butwhat is handed down of his poetry can hold its own in the history of Chinese literature, as seen inthe instance of this poem.

(2)    The Jingkang Humiliation refers to the capture of the two emperors Qinzong and Huizong bythe Jin invaders in 1127.

Crack up primeval rock and soil,

There glistening black gold we find;

Preserved in such fine sunny warmth

In Nature’s breast deep and kind.

And a burning furnace could break up

The densest darkness of the night.

Bronze tripods and wine-vessels1 ’re shaped

By its vital power and energy,

And melt iron retains on it

So long as all God’s children be

Relieved from hunger, free from cold,

It cares not if, from wooded mountains

It comes to vast sufferings untold.

1. Bronze tripods and wine-vessels (the ding and the yi) were symbols of state power in feudal China.

And out comes black, black gold,

One chunk of blackness

Bronze tripods are born with your help,

Wine cups are born with your help,

And the steel you helped make

Keeps the virtue of your denial of self:

Let people be well cared for

And what do you care

If you are dug up from the earth

Through so many hardships.

（某女同志渡江遇敌负伤，临殁，同辈皆哭，乃张目视曰：“革命流血不流泪。”言讫而绝。余闻而壮其言，诗以志之，一九四零年十月。）
革命流血不流泪，
生死寻常无怨尤。
碧血长江流不尽，
一言九鼎重千秋。
Her Last Words
Chen Yi
(The poet’s original note: A woman comrade was wounded in an encounter with the enemy while crossing a river. As death approached, her companions all wept. She opened her eyes and said, “For the Revolution, blood, not tears, is shed.” With these words she passed away. When I heard about it, I was moved by the heroism of her words. Hence this poem in memory of this comrade.)
”For th’ Revolution, blood, not tears, is shed!”
(So the dying heroine, gasping, said.)
Or live or die, all is quite commonplace!
Complaint, regret, there is never a trace.
O so much loyal blood has been in flood,
That not even the Yangtse’ course can hold.
And her one sentence truly bears the weight
Of th’ Nine Tripods (1) —(symbol of power of state),
And will last ages, ’til Time itself grows old!
(1)As an old Chinese legend has it, the Great Yu collected all the copper from the Nine States of China and cast it into nine tripods, symbolizing the Nine States.
（王知还 译） 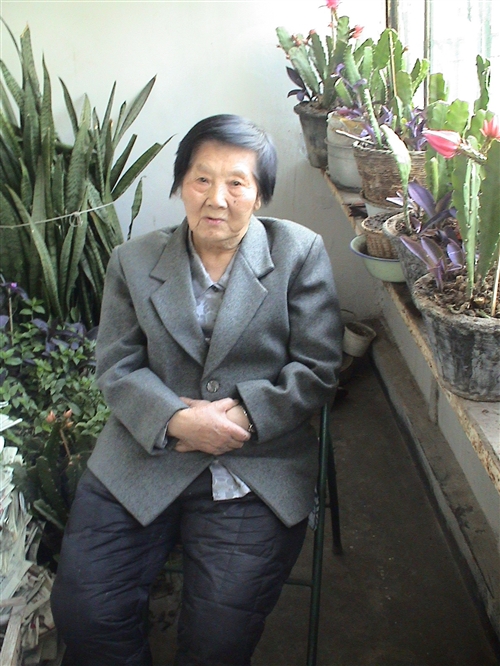 小家伙回头说：Dad, she is a big star, You are a little potato.

我说：yes you are right. She has countless fans, I am just one of them. These are all artists and VIPs. But I am VUP：Very Unimportant Person

女儿大笑：after all, there is the word “very” in it, not too many people are associated with “very”.

“exactly， I will make sure I am the ‘very’ fan she notices.”

我们父女经常开这类玩笑。她最后说：you are a little potato, and a large squash, but I am only a small squash.

“Well, potato, even a small one, is still a hard object. I am nobody, like a little squash.”

why not? I think it is a great idea, and believe that it will be realized sooner or later
社会愿意出资种树种花，美化环境，为什么不可富养美女，美化社会，减轻贫家父母的负担？
彻底杜绝红颜命薄的社会悲剧。 [New York, USA, 2010-7-21] We’re happy to announce the winners of our international vocal competition, Golden Voices of America 2010. Close to 80 vocalists from eleven countries competed in this year’s Golden Voices of America. 1st place winners of this competition will perform at the Weill Recital Hall at Carnegie Hall, while 2nd place winners will perform at a concert at another venue in NYC in May-Jun 2011. Due to greater than expected interest in Golden Voices of America 2010 and a very high level of applicants, we’ve had to split 1st place winners’ recitals between two dates, one in Oct 2010, the other in Jan/Feb 2011.
We would like to thank everyone who participated and encourage those who did not win this year to try again during the next season. “I read a report saying that a man reached their sexual peak at the age of 18, but I did not know this until I was 25. So the world would never know what a stud I was.    Nobody took a bite out of this peach when I was ripe.”

后来他又开总统和副总统的玩笑，讽刺他们人浮于事，没有效率。他说，如果我当总统，我要用降低生产率的方式彻底解决失业问题，这样，一个人的活就让两个人来做，这就好比我们现在总统和副总统两人做同一份工作一样。他接着说在奥巴马当选总统前，他一直是个悲观主义者，感觉自己如此渺小，对社会毫无影响（does not make a difference，雁过不能留声的痛苦）。对他来说，人生就好象在黑暗冬夜的雪上撒了一泡尿，也许是有点儿影响，可是很难说有什么影响（ I felt that life is kind of like, pee into the snow in a dark winter night, you probably make a difference, but it’s really hard to tell. (laughter)）。黑白混血背景的奥巴马的成功给了他这个新移民以希望。既然半白半黑 (half black half white) 都可以登上权力颠峰，自己是半不白半不黑（half not black half not white）的少数族裔新移民，也应该一样可以竞选总统。

Hi everybody. So… I’m Irish. I read a report recently that a man reaches his sexual peak at age 18 but I didn’t know this… until I was twenty five. So the world will never know what a stud I was. No one took a bite out of this peach when it was ripe.

I’m an immigrant and I used to drive an old car with a lot of bumper stickers that are impossible to peel off. And one of them said, “if you don’t speak English, go home!” I didn’t notice it for two years.

I worked really hard to become a U.S. citizen and I have to take these American History lessons where they asked us questions like:

I was like ahh… Two ways of coming to the United States?

I have a family now, but I used to be scared of marriage. I was like wow… 50 percent of all marriages end up lasting on forever!

I just had my first child last year. I was really amazed at it. I was in the delivery room, holding up my son, thinking to myself, “Wow… He was just born… And he’s already a U.S citizen.”

So I said to him, “DO you even know who is Benjamin Franklin?”

Now I have a sign in my car that says ”Baby On board.”

This sign is basically a threat. It just says that I have a screaming baby and a nagging wife and that I am not afraid of dying anymore.

Thank you very much!

2. Second Amendment refers to the US Constitution for the right to keep and bear arms.

“Roe vs. Wade” is a famous court case that you’ll learn about in history class that deals with abortion.

Joe Wong used this case in a form of a question: What is Roe vs. Wade? To which he cleverly delivered the punchline “Two ways of coming to the United States”.

Roe is used as a play on words to describe “row”, as in using a boat to “row” to the US.

The denotation of wade was used, the definition meaning “to walk in water”.

[15] pun: a humorous use of a word or phrase which has several meanings or which sounds like another word （以转意或谐音的方法达到诙谐的效果）
[16] youtube留言：”Nay-SAYER”. Horses go “Nay” . It was a joke on a bad pun.
neigh: a long, loud, high call that is produced by a horse when it is excited or frightened. （马嘶叫声）
[17] C-SPAN, C-SPAN2, C-SPAN3 是美国的有线电视频道（一家三个）新闻频道，创办于1979年，节目内容主要探讨政府及公共事务议题，也有转播国情咨文、共和党全民大会、民主党全民大会。所以黄西说用它来催眠。
[18] youtube留言：Because the World? Series is not for the world…only 2 countries play in the World Series. America and Canada. （World Series 指棒球比赛，说是国际/World，其实就美国和加拿大两国的球队。大部分时候都是美国赢）
[19] youtube留言：actually it means pee in snow will melt it, as pee is warmer. but since? it is a dark winter night, so it is hard to tell
[20] “I spent ten years in the past decade” — ten years 是十年，decade也表示十年。
[21]我的理解 “Who cares” 有两层意思：1。”Who”指黄西自己（表演开始的时候黄西说大部分老美不知道他，指代他为”Who”），这个竞选口号是“我关心你们”；2。“Who cares”直接的意思是“谁在乎呢？！” 因这双重意思而逗笑。
[22] “Olsen twins” 好莱坞最红双胞胎姐妹花奥尔森姐妹。看你认不认得出这张她们小时候的图片及她们演的那部电视剧（我很喜欢那部电视剧）